The school in Pueblo Viejo had a lively feel to it as we arrived. Students had just ended their classes for the day and there seemed to be a couple hundred of them exiting. A few stayed around helping to sweep up around the classroom as their teacher put up the chairs. Others came up to give Gloria a hug with an apparent familiarity as she asked them what they had learned about today. She told us sweetly how they had been covering photosynthesis that afternoon. 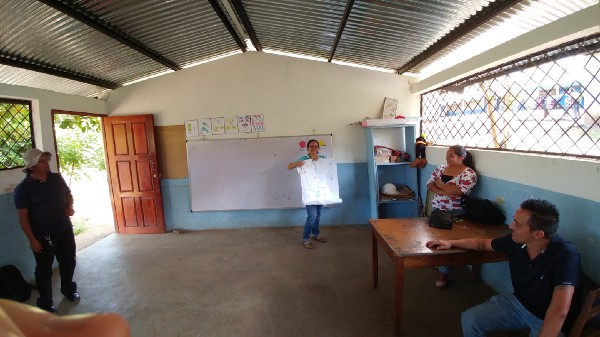 Yet, this bursting energy had a complexity underlying it. When we completed a project here in 2015 to create two new classrooms everyone thought that would be sufficient, including Armando, the coordinator of this school for the past 14 years. But once the kids and parents saw that going to school didn’t need to mean being stuck in an overcrowded, boiling hot room, attendance started to rise unexpectedly. Kids began coming from many miles away to attend, especially given the town’s relative convenient location and visibility as the largest pueblo in the region. 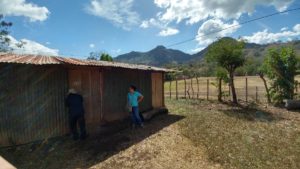 (Here is the tin shed that was used as a preschool classroom. Once we had built a new classroom more kids started coming to school, meaning it was still in use as a backup space for 16 students)

As a result, still they had to make use of the boiling hot tin-hut as a back-up classroom. Still they had to have grade 5 & 6 students making use of chairs designed for preschoolers. Still they had to run classes late into the day, even though the kids often had to walk themselves home over 2km, which especially during the rainy season was a danger. It was clear the project had created even more of an impact then anyone thought and now we had to keep up. This summer we’ve arranged for three groups of volunteers to participate in community builds to continue growing along with Pueblo Viejo. Still though we know there will soon be more to do.