At SOS, we get most excited about projects that address multiple issues through creativity, kindness, and local involvement. Given this, we have recently been BUZZING with excitement as the eco-school project in Guatemala has been completed. It is now with great excitement that I write a project spotlight for this truly incredible team initiative.

Last September, SOS Head Office (@SOSheadoffice) caught wind of an organization that did all of its construction out of recycled materials. Pura Vida Atitlan, led by (the magnificent) Susanna Heisse who believes in creating structures with the community through teaching about recycling and healthy living. Months before a project begins, community members are taught how to create eco-bricks by stuffing pop bottles with inorganic material. This process was well underway when we received a thoughtful proposal from Sheily Carillo and Edil Mazariegos to turn these eco-bricks into a classroom for the community, Los Naranjales, that was collecting them. Through many emails and creative phone calls (with Susana standing on her roof for reception), the need for this project became very clear to our team in Toronto, and so it began.

The people of Naranjales and the surrounding communities were steps ahead of us at this point. Everyone – from 5 to 85 year olds – had been stuffing eco-bricks for months and had thousands stockpiled. Susana was busy coordinating with local architectural companies to design the plans for not only a building, but also a beautiful landscape that would attract children to engage with their school, rather than just attend.  Sheily and Edil were busy ensuring that all community members understood the project, and where their responsibilities were. Here in Canada, I connected two of SOS’s chapters at the University of Victoria (UVic) and Dalhousie University, who were eager to partner to fundraise and take their volunteers down to help build this project.  I received the commitment from UVIC and Dalhousie SOS to take on the funding of this construction project. The true beauty of this project lies in how many people – from all backgrounds – were able to get involved. In February, I was lucky enough to go down and visit Naranjales to see all of this with my own eyes. The mountain community was unlike anything I had ever seen before. As we sat with all the stakeholders discussing what work we still had to complete, the incredible organization of this community and team became glaringly apparent. This organization alone solidified my faith in the success of this project and the upcoming volunteer trips! (more on that trip here). 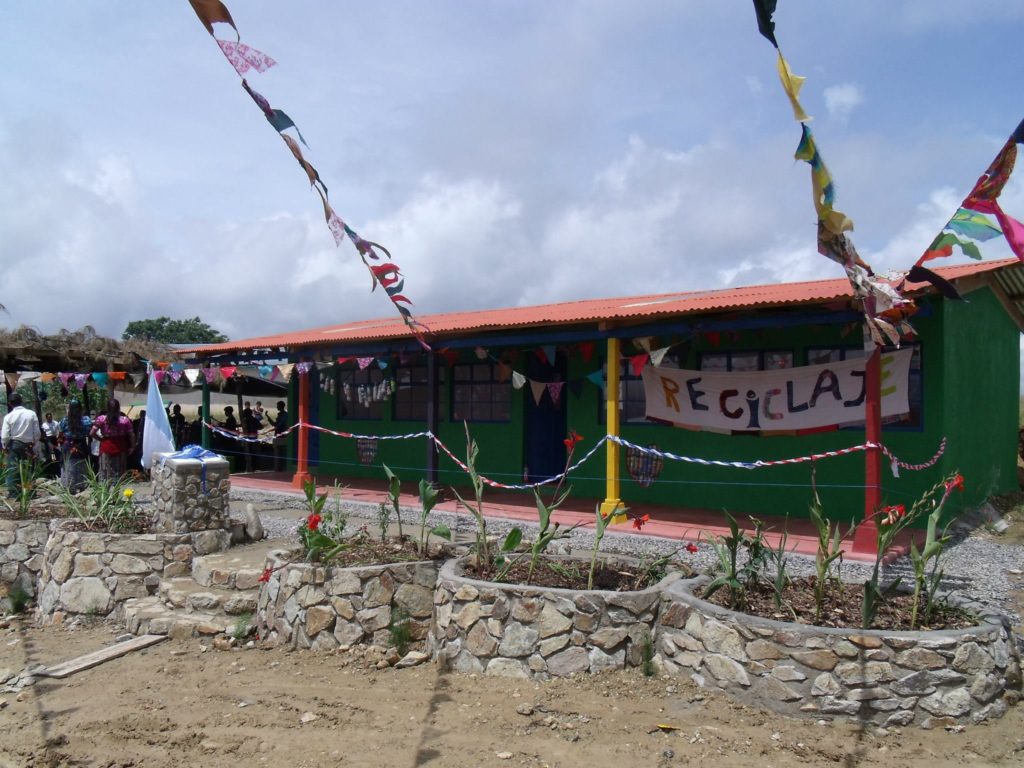 Fast forward 3 months of planning and logistics, and everything really took off when the first team of Students Offering Support volunteers from Dalhousie SOS (pictured at right) visited Naranjales in May. Students from across Canada traveled down to spend two weeks in the region with Sheily, Edil, and Susana. They made incredible progress on stuffing the walls with bricks and plastering around the outside. More importantly however, was that they made a huge impact on the community. Having never received a volunteer team before, it was paramount that we visit this indigenous community with absolute sensitivity, care, and authenticity. The volunteers blew us away with their genuine interest in learning from this community, just as the community did with their graciousness in letting us into their lives.  The first trip made us even more excited to send volunteers from the UVic SOS chapter down in August to finish the project.  This whole year ended on August 30, 2012 with the inauguration ceremony for the school. The UVic team was lucky enough to be there alongside everyone from Naranjales, and all the leaders who made this possible. The local municipality also came up the mountain to give their blessing to this incredible undertaking.

This project was funded by both chapters who were able to raise the $15,000 needed through SOS Exam-AIDs, helping more than 800 of their peers study for exams.

One year’s work, over 100 volunteers, and some true innovation from all people involved made this one of the projects we are most proud of this year. I cannot thank the following people enough for the work they put into this team project:

21 thoughts on “Project Spotlight: An Eco-School in Guatemalan Highlands”