In just over a month, we, SOS volunteers led by our partnering organization Pura Vida, are going to build two classrooms out of recycled garbage in Guatemala. Cool, right? The sexiness of the idea is obvious. Important is how this flashy idea translates into having significant impact in the community of Los Naranjales.  An Outreach Intern, Jason Prince, connected us with Pura Vida after I gave him an ambiguous prompt of “improving our projects”. He saw an opportunity for integrating environmental sustainability and education into our work, and Pura Vida’s vision and methods were just the answer.

Here is the deal: Pura Vida has pioneered a technology in Guatemala that uses pop bottles stuffed with inorganic material (think chip bags and chocolate bar wrappers) as the bricks for various infrastructure projects. These “eco-bricks” (see left) are stacked within a standard building structure, replacing the typical cement bricks. They are then wrapped in chicken wire and sealed with cement, leaving a finished product that looks like all other buildings.

When I first heard of this technology, I was worried it was another addition to a list of snappy fix-all solutions. Foreign offices create far too many aid “solutions” that fail to critically contextualize their project in the local environment.  Shoes and t-shirts are handed out without recognizing more pressing needs, or the local shoe company that is put out of business with these handouts. Water projects are dug without considering the water usage of the community, and the source’s ability to provide for them. I worried that eco-construction would add to this list, creating garbage monuments that collapse during the next natural disaster. However, through Pura Vida and Jason’s teachings, I quickly learned that there was something truly remarkable about this idea and the way in which Pura Vida spreads it (read more gushing blogs on Pura Vida here and here).

If you’re a skeptic – or just curious – here is what I’ve learned thus far about the project.

1. It promotes community buy-in: In an environment where making contributions to construction projects is often too costly for most community members, creating eco-bricks gives them a way to contribute without making great personal sacrifices.  An added bonus is that quite literally anyone – children, elders, women, men – can take part in creating the bricks, and earn ownership over the project.

2. It constructively (… literally) makes use of garbage: Garbage collection and disposal is non-existent in many of the rural communities we partner with. Even if garbage and recycling was managed in the community, there is no dump to safely dispose of it. Eco-construction gives us that space!

3. It is grounded in sound construction practices: The structure and foundation of the classroom, as well as the final appearance, is fundamentally the same as a typical classroom. The structure can withstand natural disasters the same as traditional buildings and does not look like a new-age garbage castle (which might not be absorbed by the community).

4. It teaches environmental management and healthy living: As bricks are made and the school is built, Pura Vida ensures that an education component accompanies the entire process. Community members don’t stuff bottles full of garbage because they’re told to – they stuff inorganic materials into plastic bottles because they will not decompose. They also learn about organic materials, and the differences in consuming inorganic versus organic.

The teaching component is arguably the most important point of all and is a key philosophy within Pura Vida. They are adamant about community members learning the logic of this process, in order for them to reproduce and share it. This is not a concept implemented by creative foreigners – it is for Guatemalans, and done by Guatemalans. To me, this is the indication of a project with high-impact prospects and long-term sustainability.

As a final note, I’d suggest checking out the manuals produced by Pura Vida to disseminate their technology and share broader messages related to recycling and healthy living. Each one incorporates elements of traditional Maya Quiche culture, is printed in full colour, and is distributed for free to interested people. 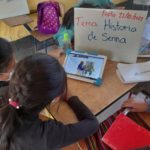 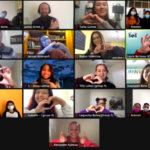 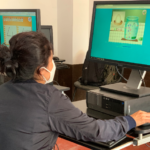 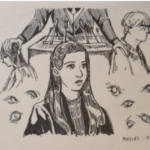